We in Manila can breathe a sigh of relief that tropical storm Mangkhut (Ompong) Typhoon is already over. With its powerful winds and sudden rushes of rain, causing havoc to the city traffic and flooding on some areas, it is quite frightening to think of how our situation is going to be if we were in the direct path of the storm.

Typhoon Mangkhut -its a huge one. -Photo taken from the internet

Some of our friends are not so lucky. We have a friend who has an agriculture business up in Baguio. He is in Manila to get married. The good thing is that he is getting married in Manila, therefore safer than when he is in Baguio. The wedding went well.  The bad is after the wedding, there will be the aftermath of the storm on his crops and a ton of cleanup work waiting for him back home. There is also the matter of lost income.

Meanwhile it is given that all our produce will be marked twice the price due to scarcity. Canned food will be the usual food up until we get new crops from local farms or get fresh imports. 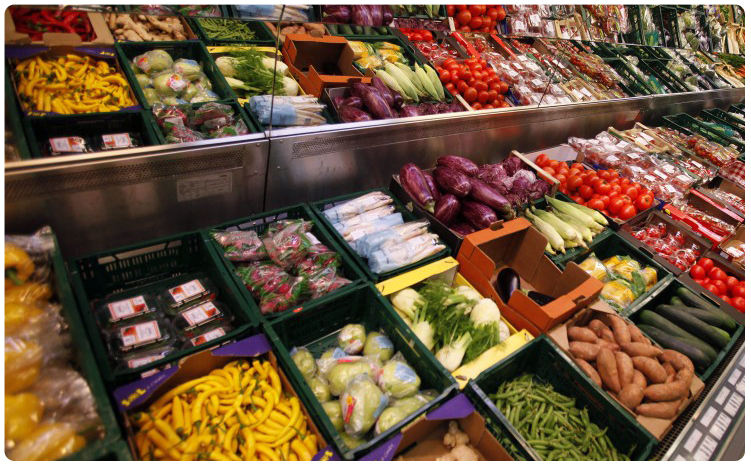 produce section of a supermarket -Photo taken from the internet

We all have encountered typhoon and all but lately the sudden births of super typhoons are alarming. I believe the phenomenon has a lot to do with global warming. There are also earthquakes and storm surge to worry about each time there is a typhoon. It’s a scary time we are living in.

I'm a graphic artist and a dreamer. I write to release my thoughts, just to tell about it. I love eating, shopping, my pet rabbits, making people laugh, and being with my family and friends.