My dad kept fishes as pets. I loved our pet fishes, and being curious with fishes, I read up on them that led me to read about sharks. I know they have rough skin, they are made up of cartilage, they have this certain ampullae of Lorenzini to help them detect the heartbeat of their prey, they have a sharp sense of smell and hearing, they are the apex predators…etc. I am awed with sharks.

I have amassed a lot of toy figures of them, and even more so when I got into swimming and my team is called “sharks”.  (I was stoked to be on the team even if sharks are actually the second best, the dolphins are the dream team.)

Being Chinese, it was not long that I got introduced to sharksfin soup.

I cannot recall the exact time I first seen the soup. All I know is this soup is bloody expensive it costs about 4000-5000php and up locally. 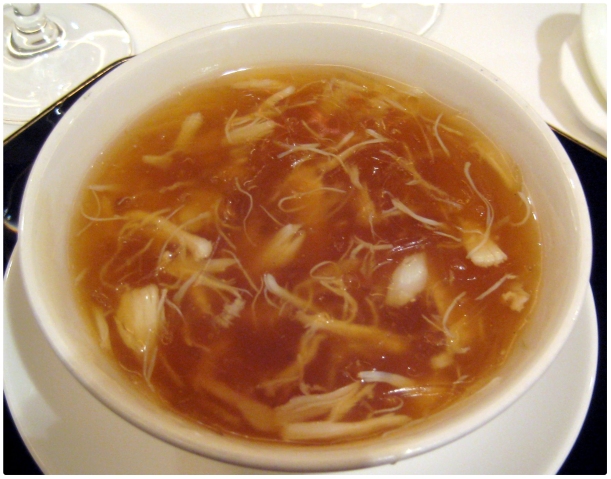 This soup is common in fine dining Chinese restaurants. It is actually a status symbol delicacy in a bowl. A banquet with this soup is considered good, and without it is considered as mediocre. Usually, I get this about two to three times a year. I never gave it much thought.

Having the sharksfin or even having the corn soup (considered as cheapest) is ok for me, as long as I have a soup I’m good.

However this is really bad. I should care.

In a study made last year, roughly one hundred thousand sharks are being killed every year to be made into soup. That is a lot of sharks being killed.

a female mako shark being finned photo from national geographic

Sharks die a cruel death, by shark finning. It  is catching a shark, cutting of its fins with a hot metal blade then throwing the shark back  into the sea to die a painful death by drowning (sharks drown when they can’t swim), loss of blood, being eaten by other animals. Without their fins, sharks are good as dead. 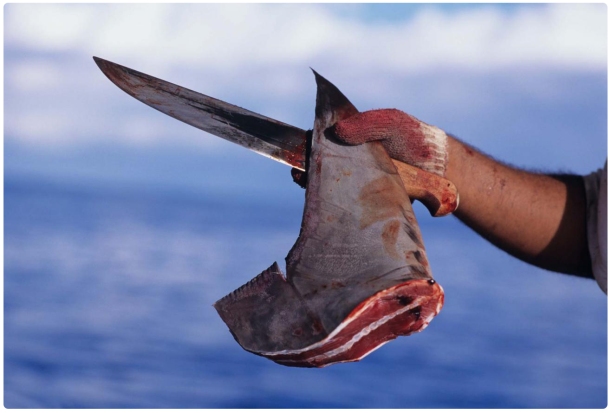 bloody sharks fin – photo by Chip Clark for the Smithsonian

Fins are the only thing that is valuable in the sharks so they usually fin the sharks and leave it to die in the sea, saving precious cargo space to get more fins. In some European countries they are also killed for their meat.

A sharks fin fetches over $10,000 USD. For 1 fin. The high price makes finning sharks appealing to poachers. But this is unsustainable. Shark population is declining at a rapid speed and the sharks are slow to reproduce. These creatures are close to being gone. It is not too late yet to save these animals.

It is very ironic that Shark fin soup is a status symbol in Asian countries, and is considered healthy and full of nutrients. But, it is actually more harm than good. Sharks fin soup contains dangerously high levels of mercury that is linked to several well known diseases including degenerative brain disease and Alzheimer’s.

I have said no to sharks fin soup.

Learn more about the plight of sharks: